If you know what life is worth, you will look for yours on earth… 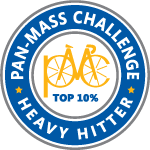 This August I will participate in my 17th Pan-Mass Challenge—my third as a remote rider—cycling 190 miles in two days to raise money for the Jimmy Fund and lifesaving cancer research, treatment, and prevention at Boston’s Dana-Farber Cancer Institute.

This year my ride will include participating in the Western PA Bike Club's "Rough Diamond Century" ride, which takes place on August 6th, the same day most PMC'ers will be riding 110 miles from Sturbridge to Bourne. 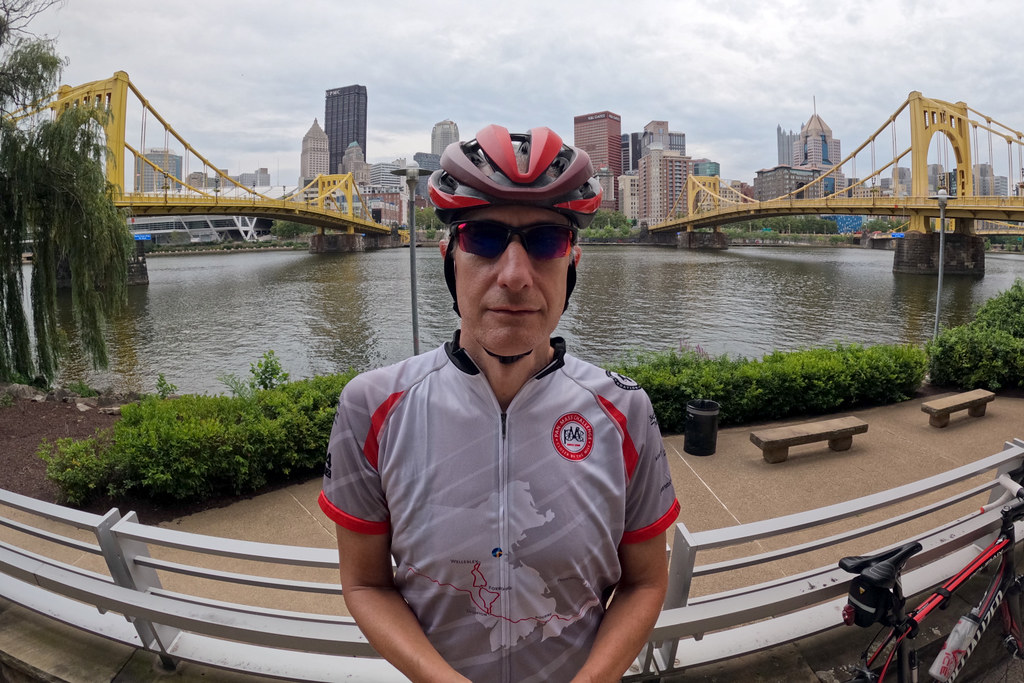 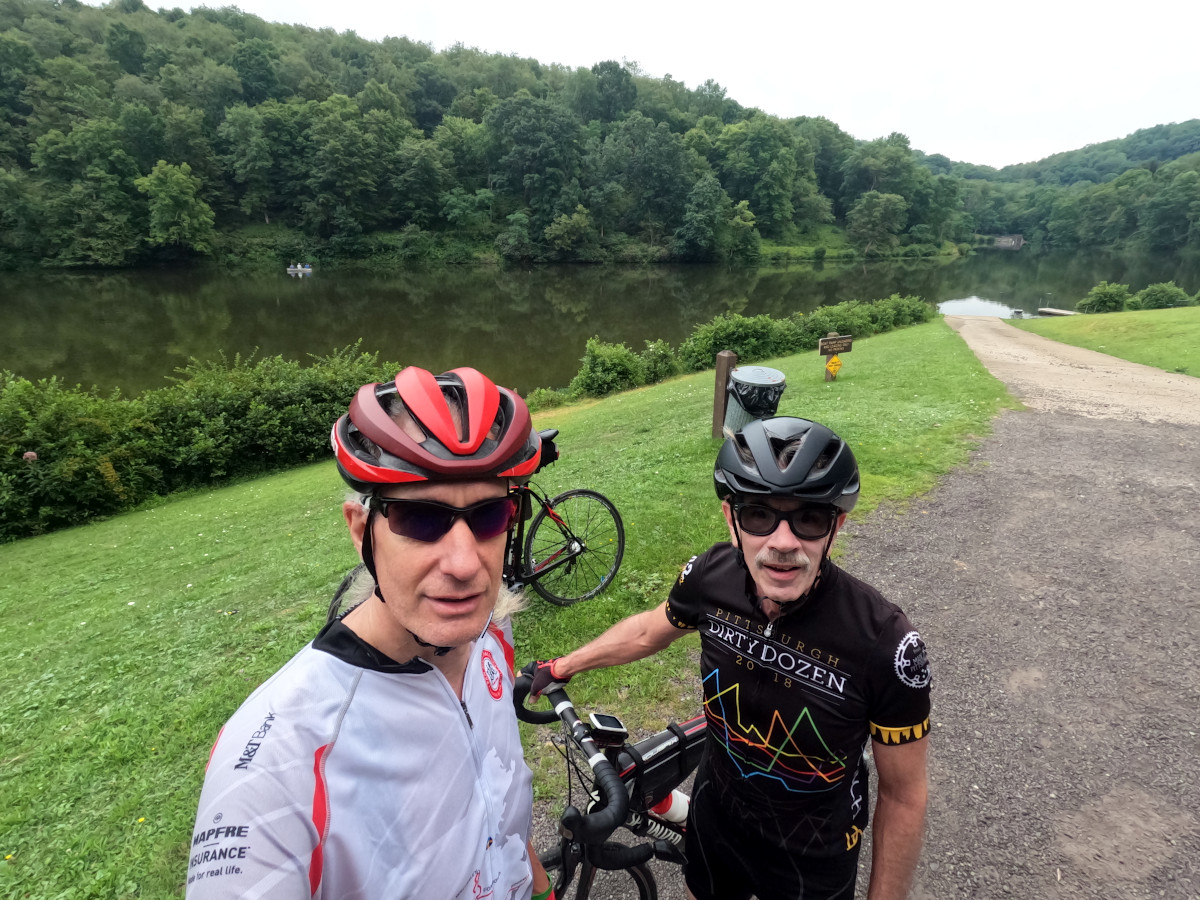 I left the house at 5:45 to get to Neville Island for check-in and a planned 7am depart. It was a pleasant 17° and overcast, and I chatted with riding buddies Phil and Gary and Oscar as we waited for the group to roll out.

Immediately after crossing the Ohio River backchannel into Coraopolis, the shorter metric century riders split off from the few of us who were doing the full imperial century. Although the organizers said there were fourteen registered, our initial group numbered just seven – including Phil and I – and that was reduced by one when the sole woman in our group fell off the pace on »more 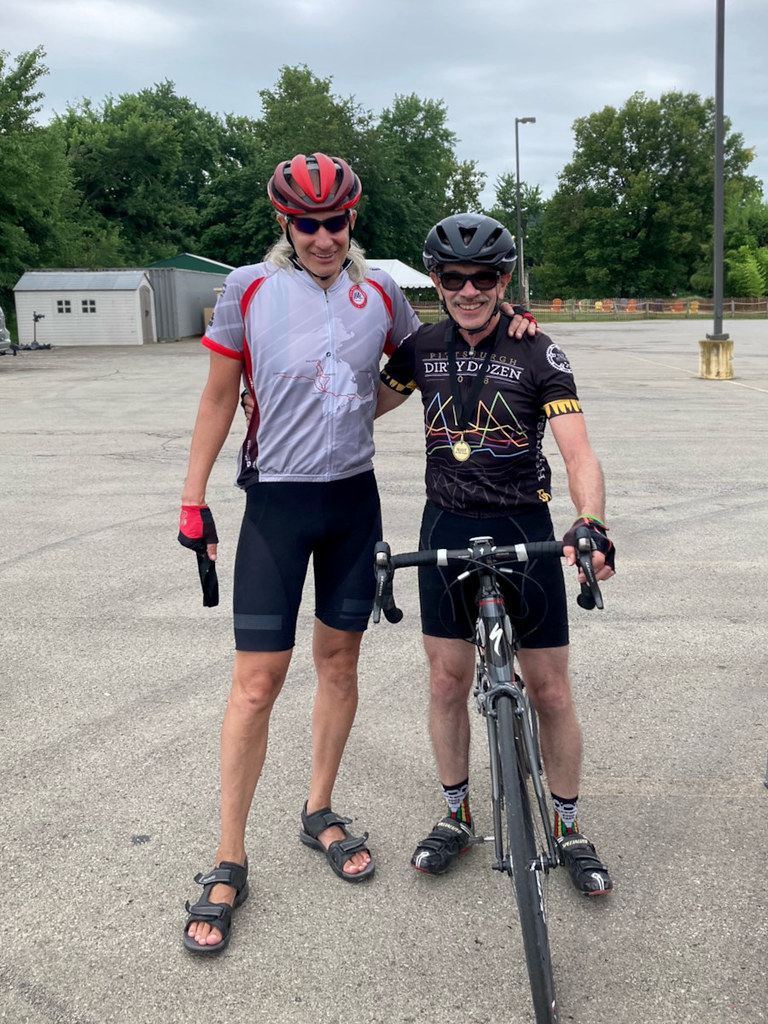 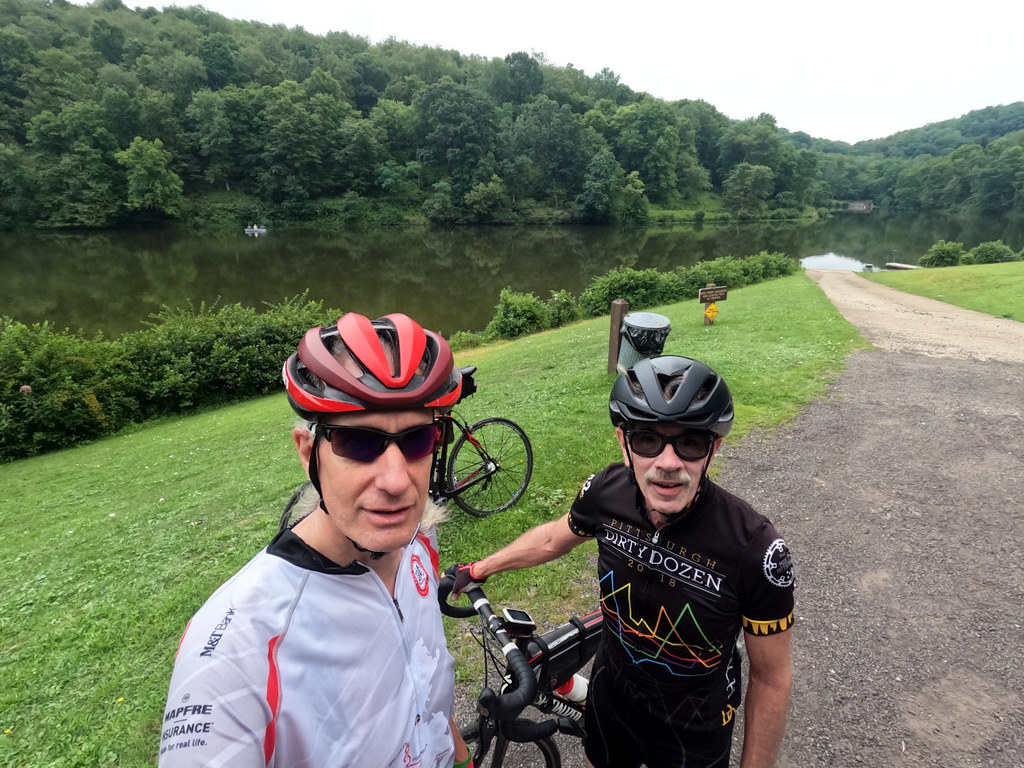 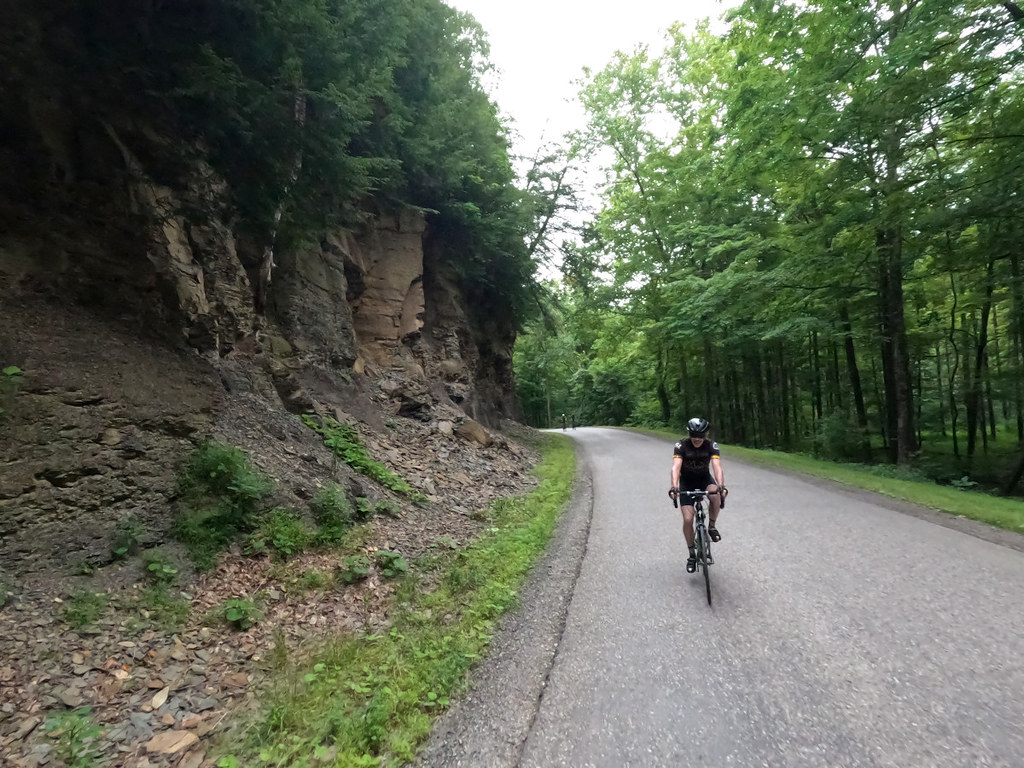 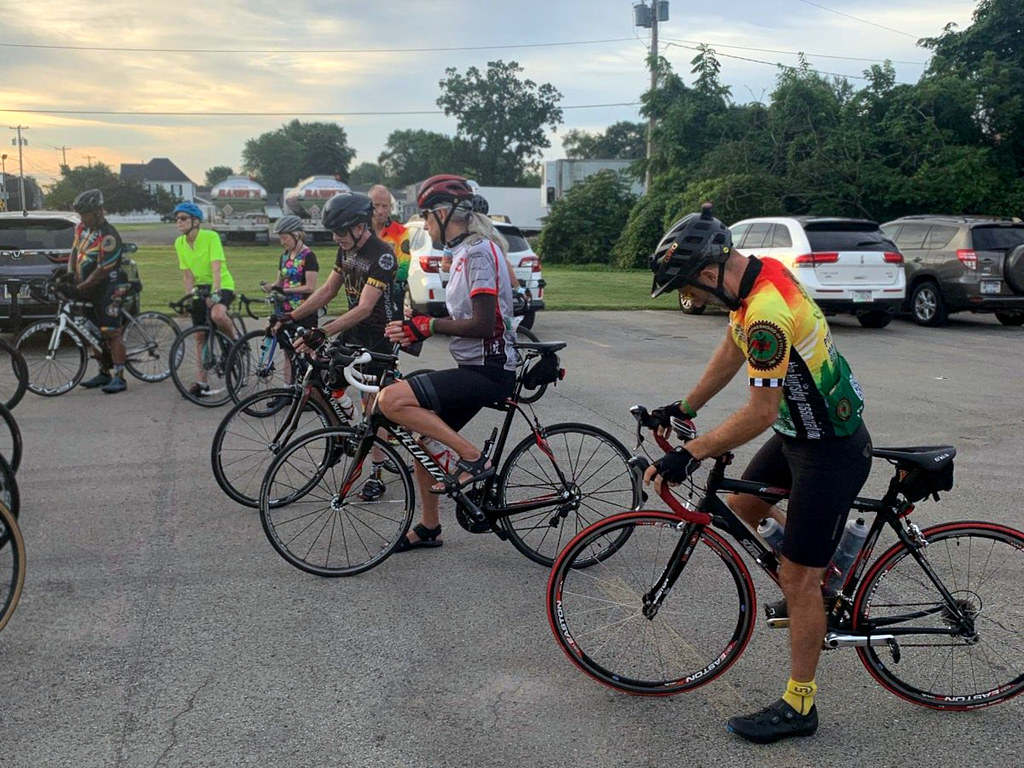 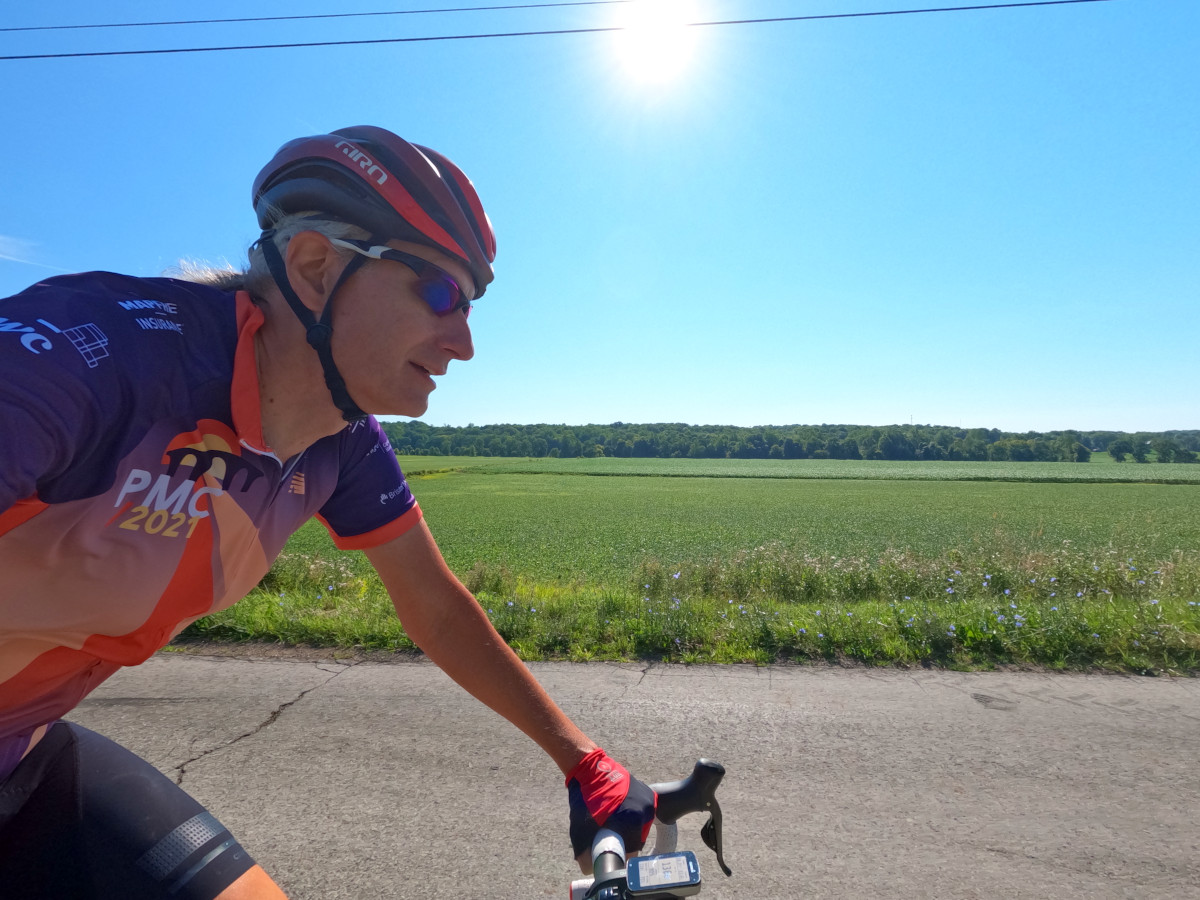 Last Sunday was the Akron Bike Club’s Absolutely Beautiful Country ride: my second century of the year, my first major organized ride in ten months, and only my second big event since pre-Covid days. And it was pretty stellar…

It was especially rewarding after a disappointing June, which warrants a short summary. I skipped the two-day Escape to the Lake MS ride because I just wasn’t ready for that kind of distance. I hoped to drive to Ohio to ride my first Sunday in June event, but I punted when the forecast gave a 70% chance of rain (which infuriatingly never transpired). Then came the Tour of Mercer County, where the organizers withdrew the 100-mile ride at the last minute due to insufficient riders. On top of all that, I learned that the Mon Valley Century – scheduled for August – h »more 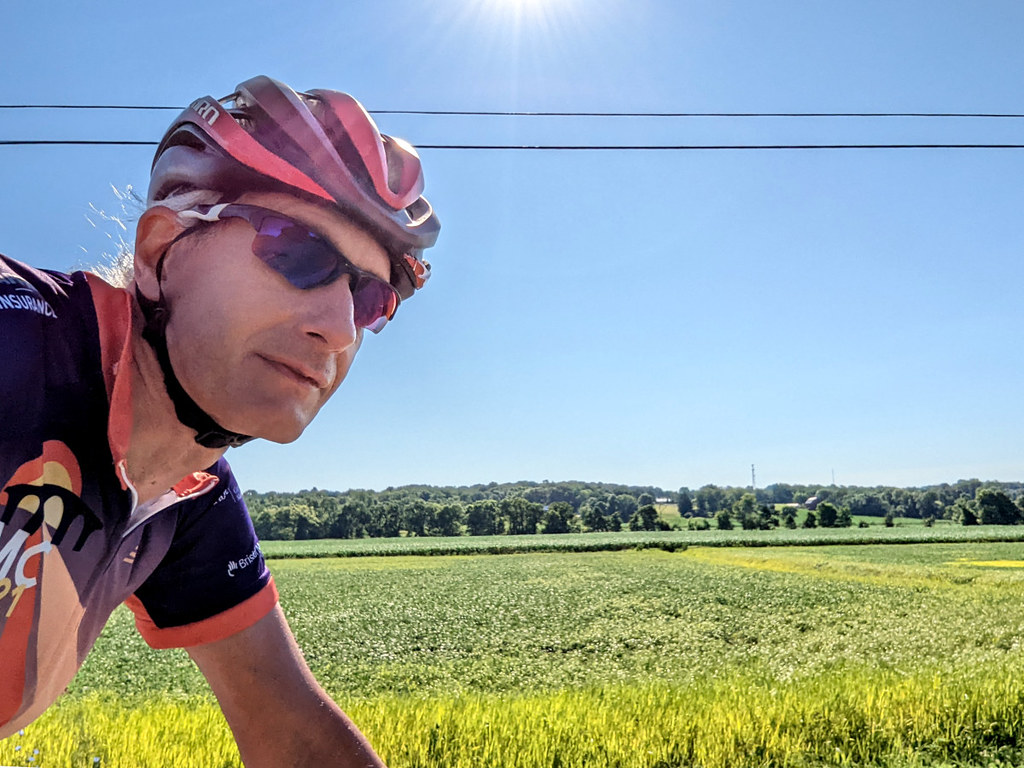 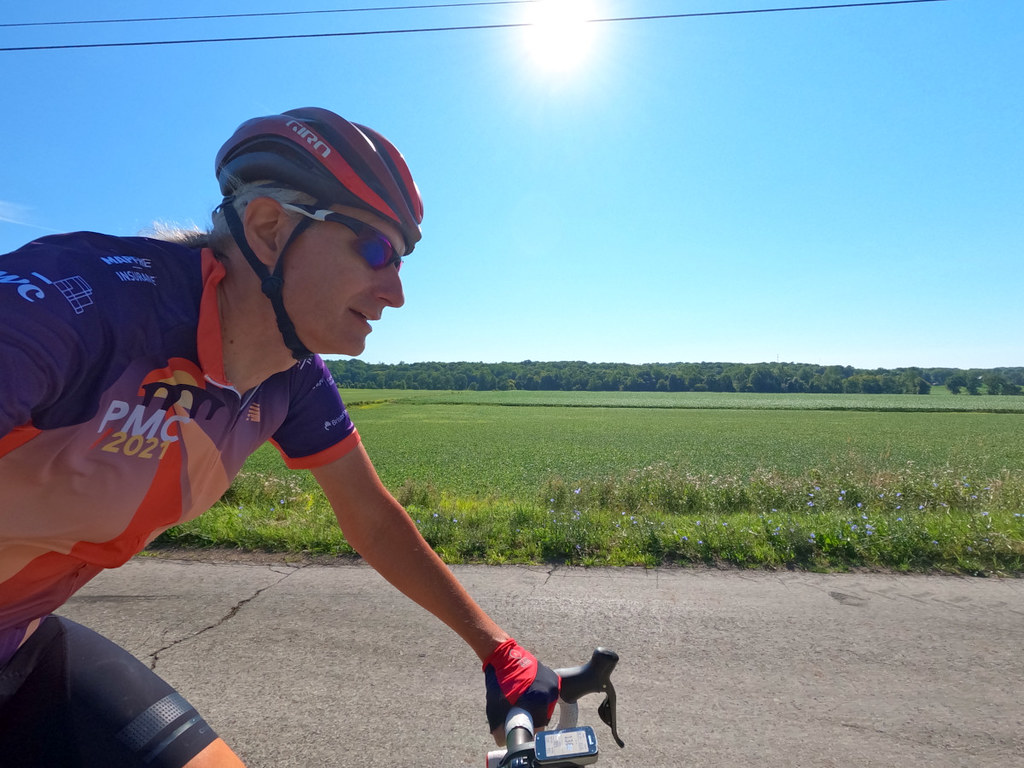 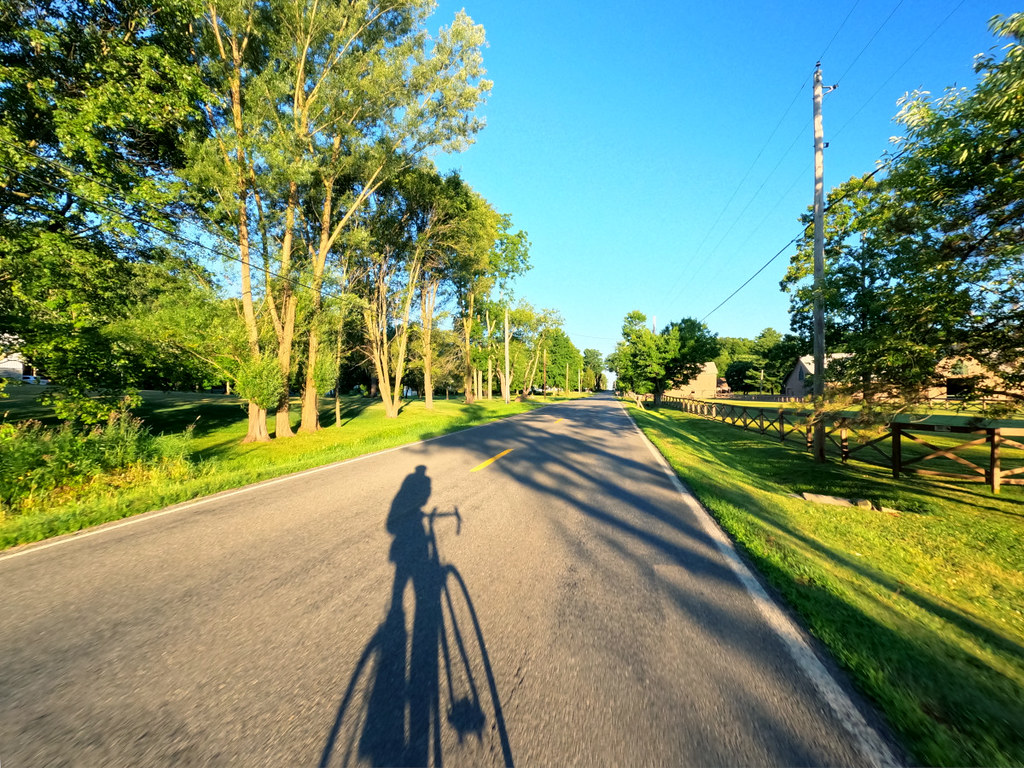 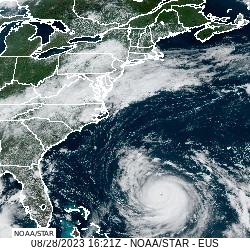 Duo Me (725 words)
With the help of the Duolingo app, I’ve been learning Japanese since December. Inspired by my example, Inna began refreshing her Hebrew in March. So we’ve …
Posted Thu Jun 9th 2022

Three States of Matter (2005 words)
Sunday was my third century of the year – the PMTCC 3-State Century – and for the first time in five tries, it wasn’t boiling hot. My previous editions we…
Posted Tue Aug 2nd 2022